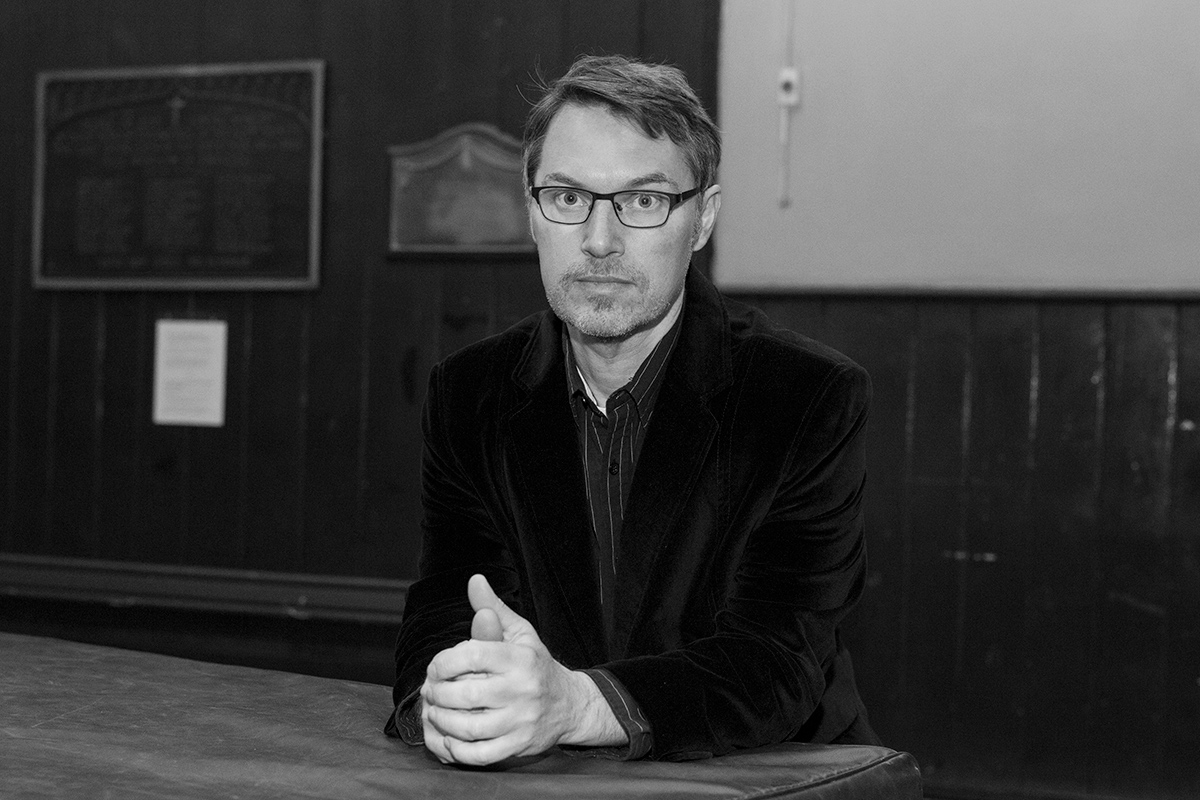 Hegel Music Systems’ Röst ($3000 USD) was the first integrated amplifier to be reviewed on SoundStage! Simplifi, and to this day it’s a benchmark that other integrated amps must measure up to. That situation might seem odd when you consider that some models we’ve reviewed in the past few months have clearly outpaced the Röst in such features as Roon readiness, DSD support, and MQA decoding, all of which the Hegel lacks. The Röst also has no control app -- another amenity that manufacturers typically make available for network-capable products. What is it about the Röst that makes it special?

Take a few minutes to watch the Hegel SoundStage! Insight video and you’ll learn that the company considers its products to be thoroughly Scandinavian. For Hegel, that means making components that are simple and of high quality, with no-nonsense features that won’t be made obsolete anytime soon. Simplicity is evident in the Röst’s minimalist front panel, which features just two control knobs, an OLED display, and a headphone output jack. High quality? For Hegel’s founder and chief designer, Bent Holter, that means “using technology to improve the sound rather than throwing expensive components [at the product].” 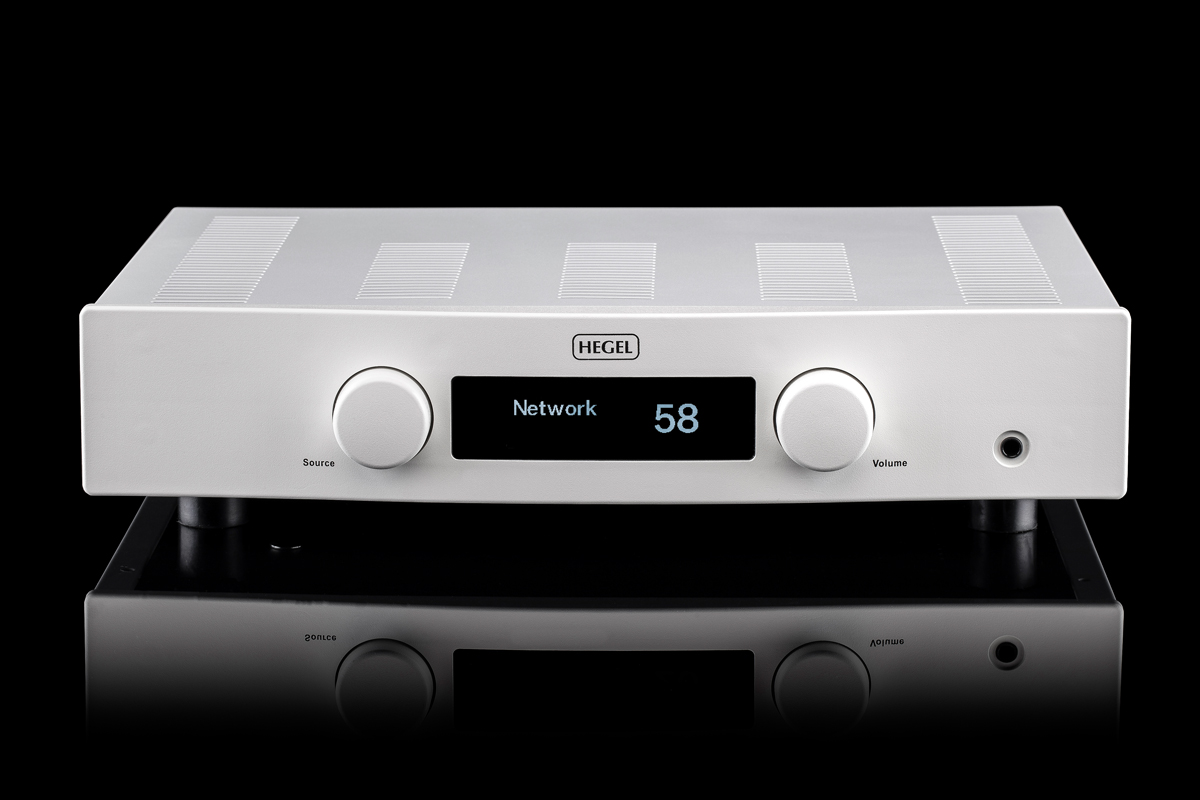 Another point made in our video is that Hegel’s expertise lies in analog amplification and DAC design. Both factor prominently in the Röst, which, like other affordable Hegel offerings such as their H160 integrated amp, benefits from the same patented technologies used in the company’s more powerful, more pricey reference products.

One of those technologies is SoundEngine. In contrast with the global negative feedback loops used in regular class-AB amps, SoundEngine uses a “feed-forward” topology: At each gain stage, the amount of error in the output is analyzed by an “analog computer.” If the error is found to be negligible (inaudible), the signal is passed on. If the error exceeds a certain threshold, it’s corrected before advancing to the next stage. The result is an amplifier with low distortion and a high damping factor, both of which contribute to the dynamic, natural sound that many listeners, including me, report hearing.

Let’s consider the Röst’s basic feature set, at least as compared with some other network-capable integrated amps. AirPlay is an established protocol that won’t disappear anytime soon. Music-streaming apps with native AirPlay support include Tidal, Spotify, Pandora, and, of course, Apple Music. The Röst’s DLNA/UPnP support also means that you can use apps such as BubbleUPnP to stream content from a media server on a computer or NAS, or directly from Tidal when using an Android phone or tablet. Is anything else really needed?

The Hegel Röst is also unique in its support of Control4, a leading smart-home control platform. This opens up the Röst to a range of sophisticated applications, including multiroom audio/video, preset “scenes” incorporating lighting and music playlists, even voice control. Since the Röst was launched in late 2016, Hegel has expanded its reach into the custom-installation market by adding drivers for Crestron and Savant control systems.

One feature that would benefit the Röst is Roon readiness. I’ve written previously about the benefits of the Roon library software, which provides a visually dynamic, metadata-driven user interface for finding and playing music. Being able to stream music from local storage and cloud-based services via a single, sophisticated app like Roon would enhance the experience of listening with the Röst, and make it more competitive with other network-capable integrated amps offering that feature.

While Roon readiness would be a welcome addition, there are alternative ways to use Roon with the Röst. The easiest is a direct USB connection from a computer to the Röst’s USB DAC input. Add-on devices such as the Sonore microRendu ($649) provide a LAN input and USB output to link a USB DAC or integrated amp to a wired network. Since the microRendu also functions as a Roon endpoint, it would enable streaming from a Roon core on a computer or NAS to the Röst via an Ethernet link.

When I first reviewed Hegel’s Röst, my enthusiasm for it was somewhat tempered by the knowledge that many similar products existed, none of which I had auditioned. Having lived with it now for some time, my appreciation has grown. The Röst may not have a feature set as comprehensive as those of its network-capable competition, but the features it does provide are well considered. It also functions perfectly well for 90% of my listening, which consists mainly of streaming tracks and playlists from Tidal and Apple Music, along with playing the occasional CD.

What’s most special about the Röst is its sound. It sounds great: music has a consistently clean and dynamic quality, with well-controlled bass and crisp rendering of transients. (SoundStage! publisher Doug Schneider characterizes the sound of Hegel’s amps as “incisive.”) Having now compared its DAC and amp with a wide range of competitive products, and having used it with a number of different speakers, I remain thoroughly impressed with its performance. I look forward to a time when I hear another integrated amplifier at or near the Hegel’s price that gives it a serious run for the money -- but for now, the Röst rules. It’s not every day that a product on the SoundStage! sites gets a retroactive Reviewers’ Choice award, but in the Röst’s case it’s well deserved.