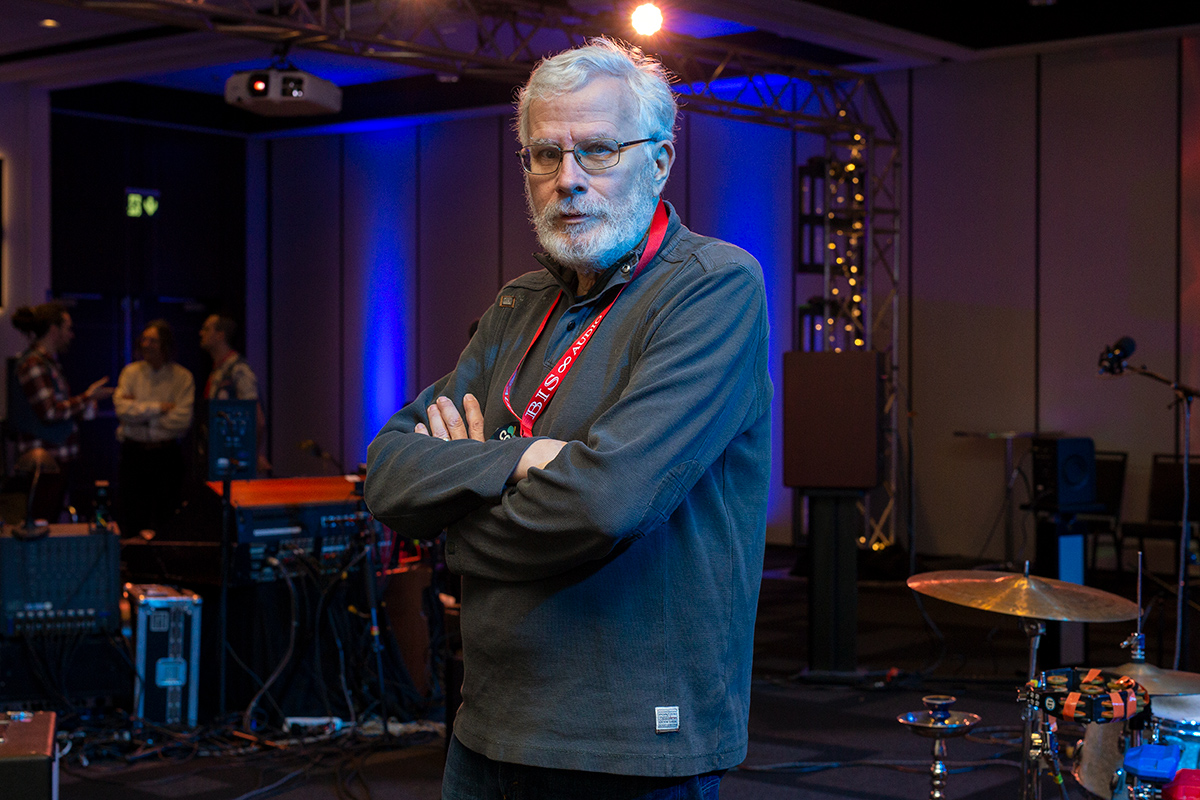 Today is Simplifi’s birthday. Five years ago, on New Year’s Day 2017, the SoundStage! Network launched a site dedicated to “convenient, lifestyle-oriented hi-fi” with a short feature by Al Griffin, entitled “Why Simplifi.”

“Does SoundStage! need another website dedicated to reviews of audio components?” asked Al, rhetorically—then cited several reasons why it did. At the time, the audio industry was experiencing stagnant growth, Al noted; but developments like high-resolution formats and computer-based playback were creating new excitement. So was the vinyl revival.

Al believed a different kind of experience was needed to entice a new generation of music lovers who had cut their audio teeth on earbuds and computer speakers, but were ready for something better. These people didn’t want to clutter up their living spaces with bulky components and messy wires. They had no patience for fussy setup procedures. They didn’t want to be locked into a sweet spot to listen to music.

What did they want? “Forward-looking” systems that embrace wireless technology, so they can listen to whatever music they want, wherever and whenever they like. Systems that were simple to set up, and simple to use on a day-to-day basis. Products that fit gracefully into their living spaces. And, of course, great sound.

In short, they wanted Simplifi’d hi-fi. Simplifi would cover “products that are pleasurable to look at and to operate. . . . products that straddle the niches of high-performance audio and lifestyle design,” Al promised. “Such products are out there in increasing numbers, and we’ll report on them.”

Five years later, that’s exactly what we’re doing on Simplifi. But a few things have changed during that time.

Al Griffin has moved on—he’s now the editor-in-chief at Sound & Vision magazine. In 2018, I had the honor of succeeding Al as Simplifi’s senior editor.

Growth in the audio industry is no longer stagnant. I’ve spoken to many manufacturers who report that sales have been booming through the pandemic. Supply-chain issues and parts shortages mean that the challenge today isn’t stoking demand, but fulfilling it. 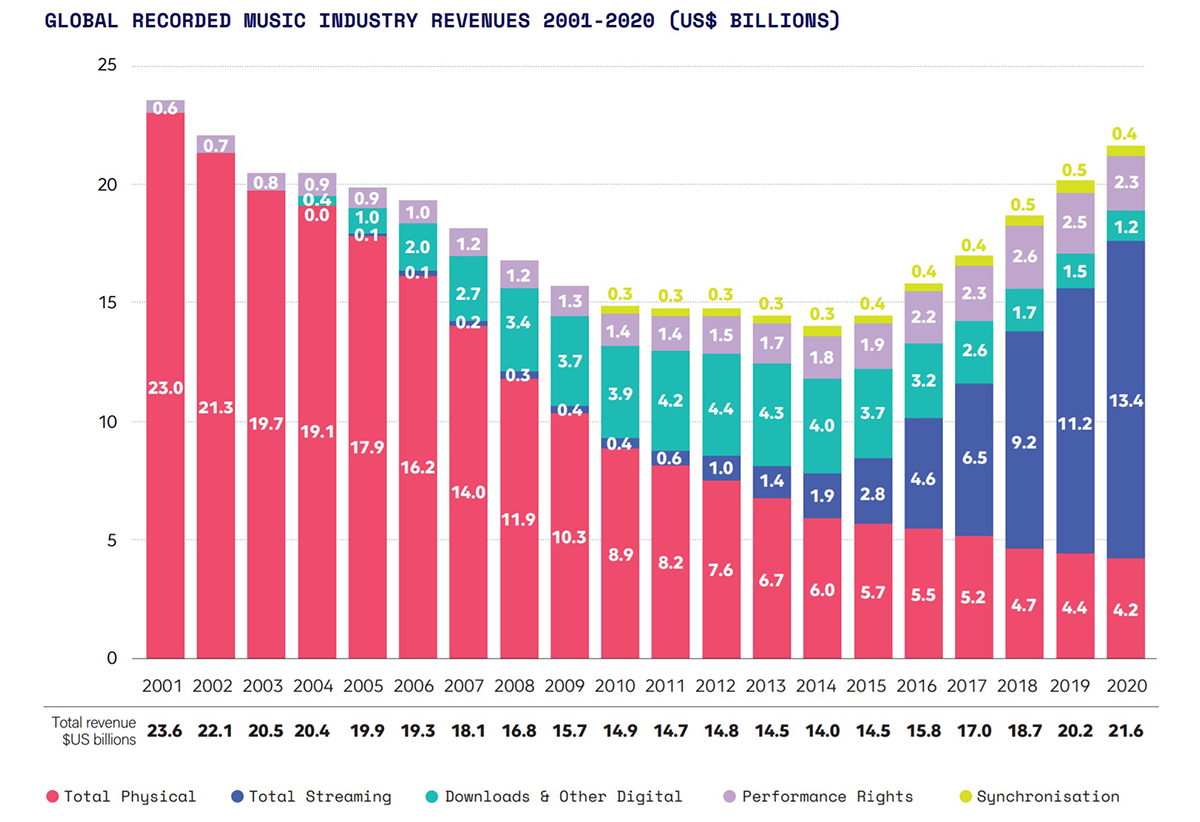 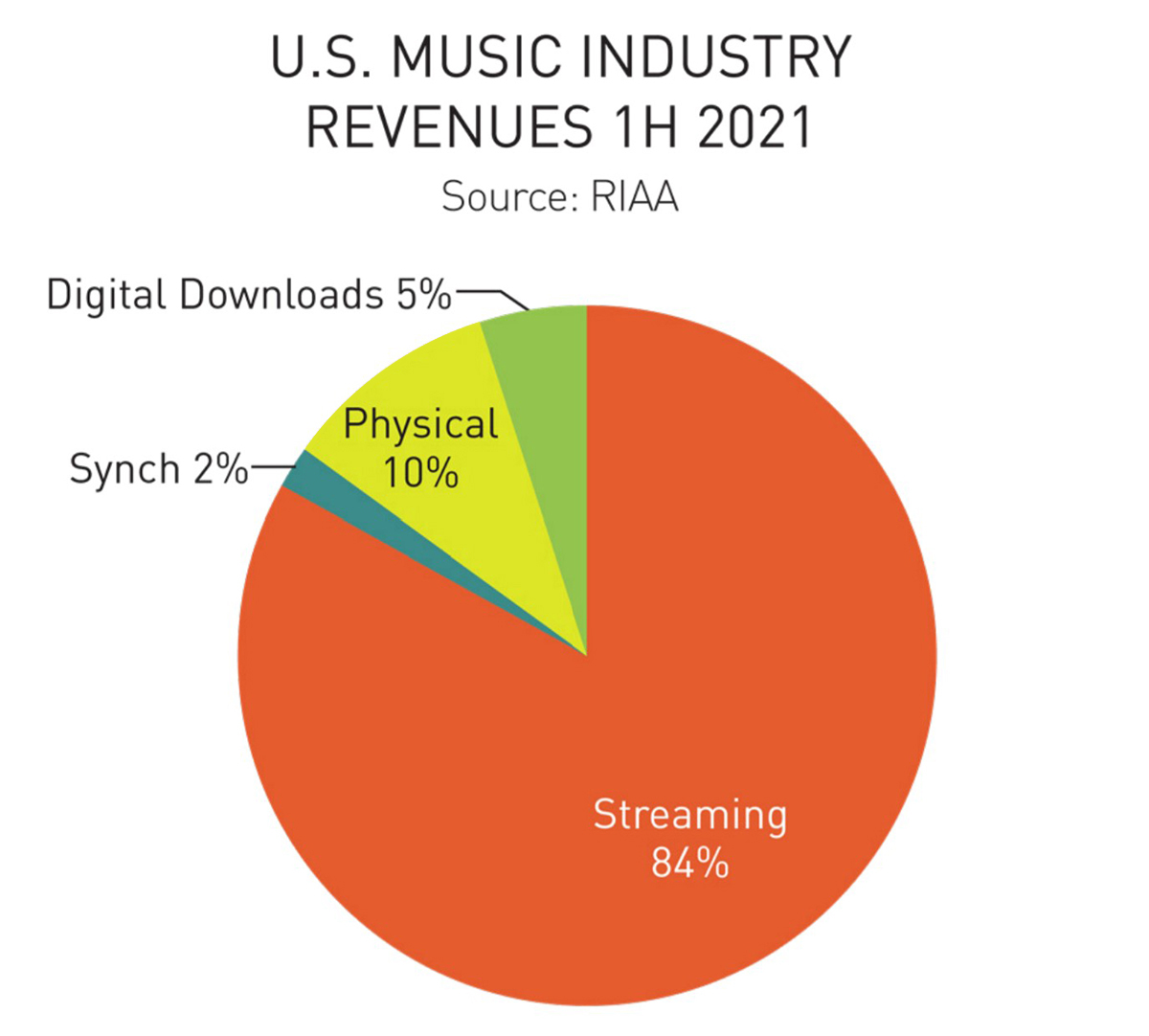 The shift has been even more dramatic in the US. According to the Recording Industry Association of America (RIAA), US revenues from streaming music grew 26% in the first half of 2021, compared with the same period a year earlier, and accounted for 84% of total revenues. Most of this came from paid subscription services, which also grew 26%, and accounted for 67% of US music-industry revenues.

This change in musical consumption habits has led to an explosion in the market for networked audio components. During my three-plus years on Simplifi, I’ve reviewed active speakers from Buchardt Audio, DALI, Q Acoustics, and System Audio, all of which work with wireless transmitters that have streaming capability. I’ve also reviewed active speakers with built-in network streamers from Bowers & Wilkins, Devialet, KEF, and SVS. 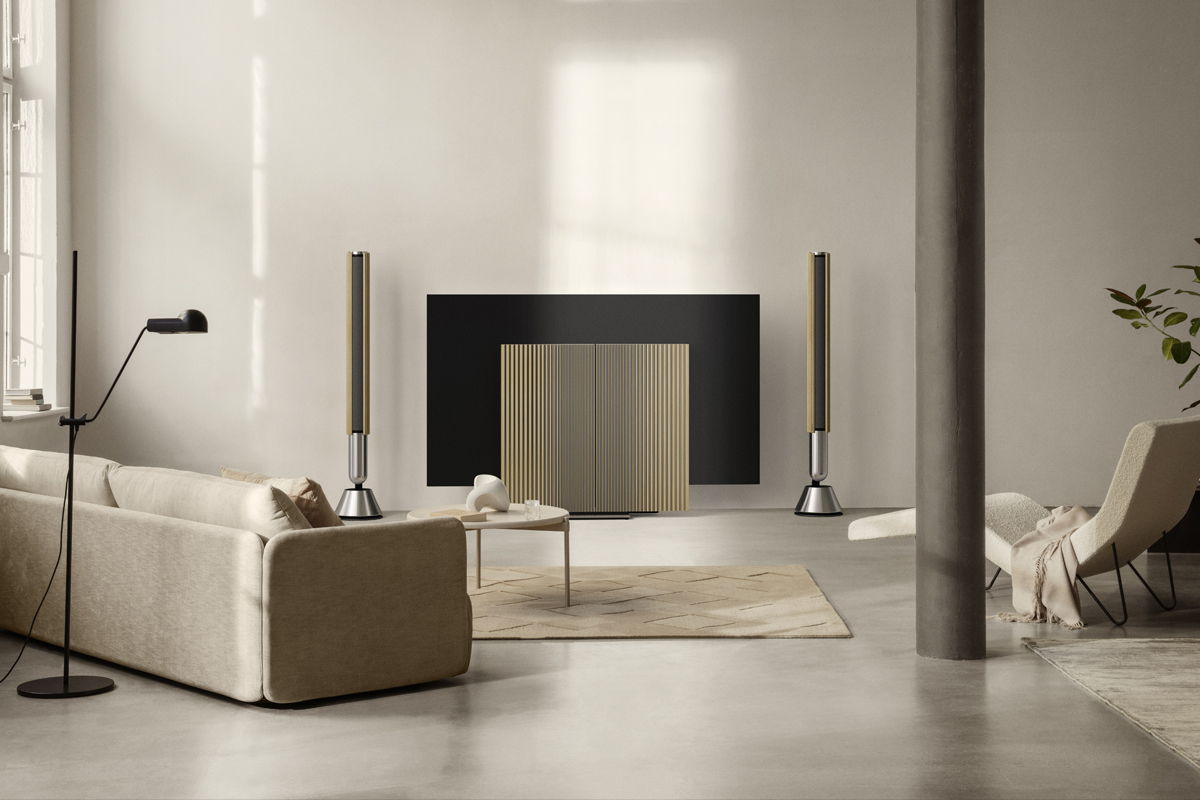 Next in my review queue are Bang & Olufsen’s gorgeous and innovative Beolab 28 active speakers ($16,500/pair, all prices in USD). This seems fitting for Simplifi’s fifth anniversary since the first product ever reviewed on Simplifi was also a B&O active speaker—the Beosound 2 ($2599).

When Doug Schneider and I were discussing the writing of this anniversary article, he told me that it was a challenge getting review products that fit Simplifi’s mandate for the first couple of years. That has completely changed. Right now, my basement family room is crammed with review samples, some waiting to be unpacked and tested, others ready to be returned to the manufacturers. There are dozens of other products I’d love to review, if only I had the time.

That tells me that Simplifi-type products have entered the hi-fi mainstream. In fact, other SoundStage! Network sites are reviewing components that would be right at home on Simplifi. Over at SoundStage! Hi-Fi, Roger Kanno has reviewed several integrated amplifiers with built-in network streamers and automatic room correction. The NAD M33 ($5499), Arcam SA30 ($3300), and Lyngdorf TDAI-1120 ($2449) all received Reviewers’ Choice and SoundStage! Network Product of the Year awards.

Something that hasn’t changed is Simplifi’s mandate. As the blurb on the SoundStage! Network portal states, Simplifi’s content comprises “equipment reviews and feature articles focused on convenient, lifestyle-oriented hi-fi.”

To explain what that means in practice, let’s parse that mission statement. The “hi-fi” part is easy—we expect the products we cover on Simplifi to sound great. As Al Griffin said in his kickoff article: “An ability to handle uncompressed audio, whether delivered via Apple AirPlay, Google Cast, Powerline Ethernet—or even a direct analog connection (turntables!)—is a minimum expectation.”

The “lifestyle” part is straightforward, too. Simplifi covers products that people can enjoy in the rooms they use on a day-to-day basis. That means industrial design is really important. If you’re going to have an audio system in a multipurpose room shared by everyone in your household, it has to look like it belongs. And it can’t take up a lot of space. If your system has features that help it overcome the acoustic problems typical of most real-world listening spaces, that’s a huge bonus.

That’s why much of the gear we cover falls outside of the conventional source-amplifier-speaker paradigm. I mentioned some examples in the previous section. 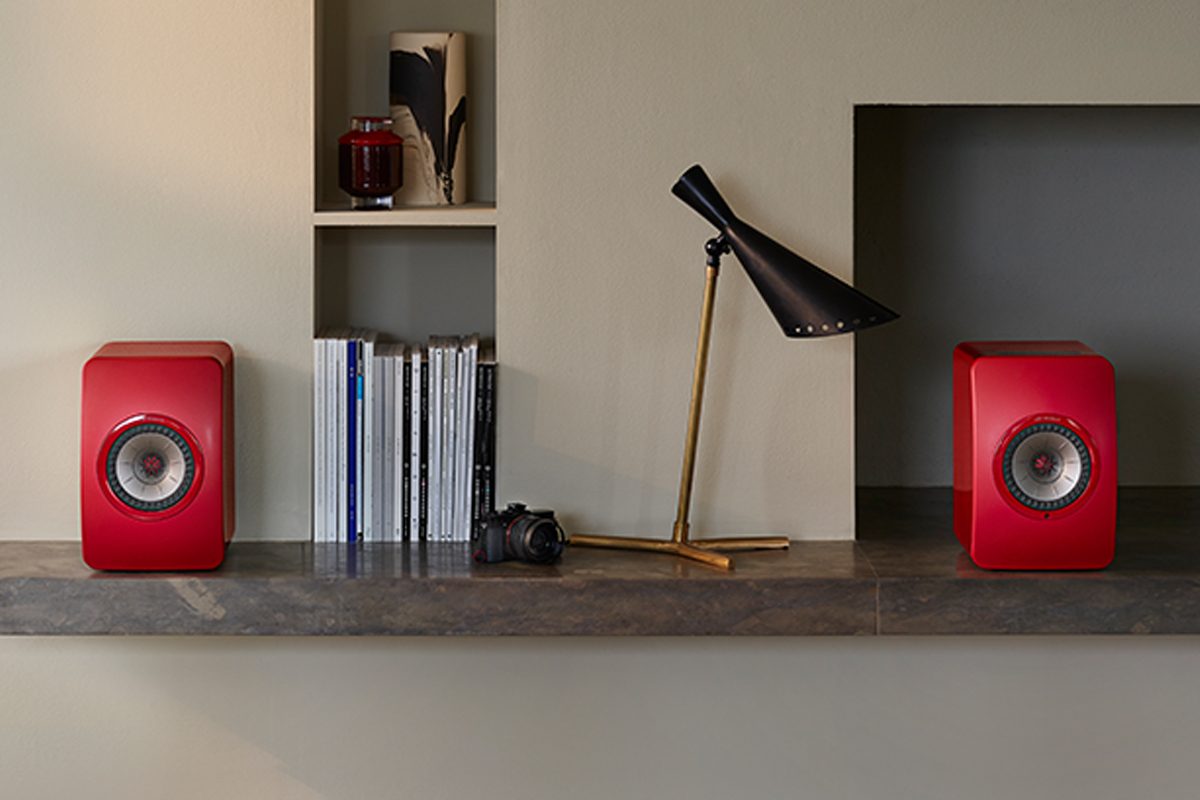 Active speakers with built-in network streamers—like the KEF LS50 Wireless II ($2799.99/pair), a 2021 SoundStage! Network Product of the Year—are completely self-contained music systems. Just plug ’em into a wall outlet, connect them to your home network, cue up some music in a smartphone app, then sit back and enjoy. You can connect other components to them, but you don’t have to.

With streaming integrated amplifiers, like the NAD, Arcam, and Lyngdorf models Roger Kanno reviewed for SoundStage! Hi-Fi, all you need to add is a pair of passive speakers. Simplifi has reviewed several “just add speakers” amplifiers, including ultracompact models from Bluesound, NAD, Naim, SVS, and Yamaha. 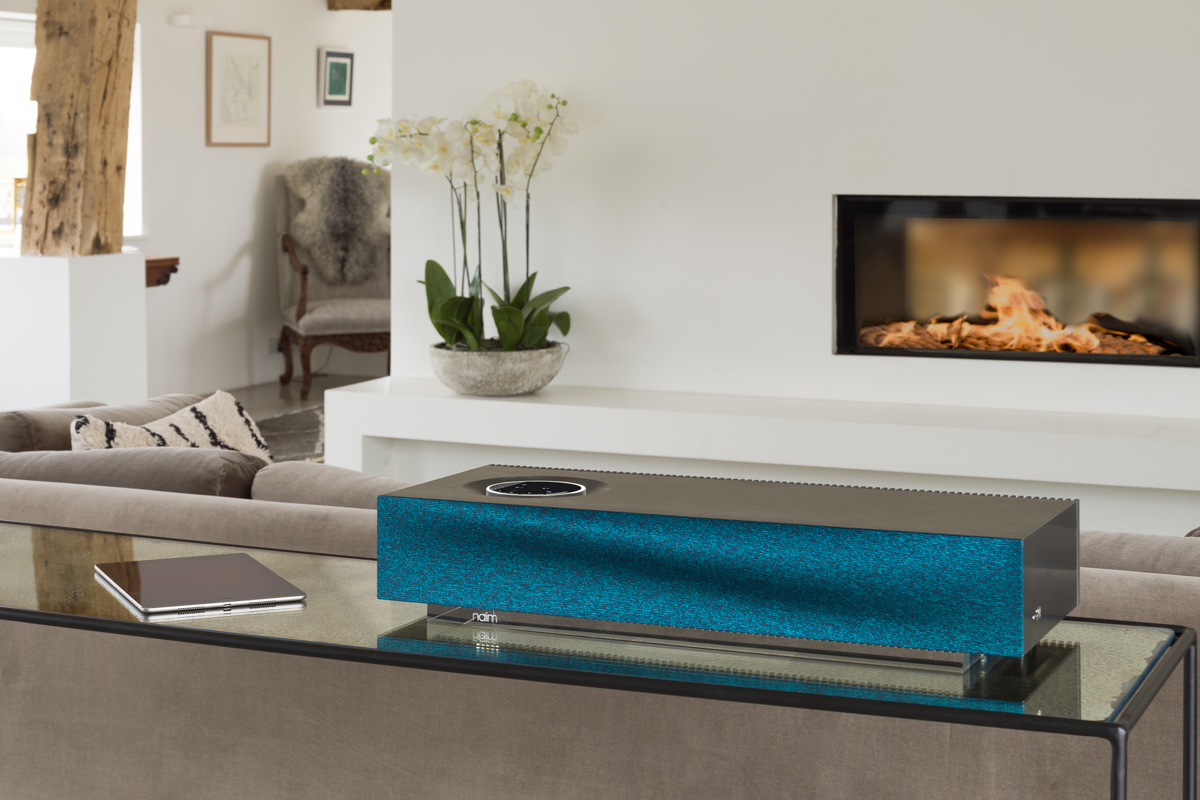 Some Simplifi’d components require that we cast aside old prejudices. In his kickoff article, Al Griffin castigated reviewers who turn up their noses at lifestyle products like Naim Audio’s Mu-so all-in-one music system ($1690), another SoundStage! Network Product of the Year. Reviewers who insist on comparing the Mu-so and products like it with traditional component hi-fi systems completely miss the point, Al maintained. I agree completely—products like the Mu-so provide immense musical enjoyment.

Where things get more complicated is the “convenient” part of Simplifi’s mission statement. Simplifi’d hi-fi means different things to different people. As I noted in an earlier article, something that’s simple for one music lover can be forbiddingly complex to another.

To accommodate such readers, we’ve cast our net a little wider to include products that could be characterized as “backward-looking.” Three cases in point: Pro-Ject Audio System’s Juke Box E turntable-integrated amp ($699), McIntosh Laboratory’s MTI100 integrated turntable ($6500), and Andover Audio’s Model-One Turntable Music System ($1999). All three systems integrate a turntable and amplifier into a single chassis—the Andover system also has built-in speakers. None of these products have streaming capability, but they’ll easily accommodate an outboard streamer. All three systems have Bluetooth connectivity.

But for most listeners, Simplifi’d hi-fi and streaming go hand-in-hand. As Al Griffin posited in his essay, ease of use is a vital consideration for any streaming component: “Once you connect with your device via AirPlay, Play-Fi, Bluetooth, or whatever wireless protocol you’re using, it should automatically turn on and start streaming from Spotify, Tidal, Internet Radio, or whatever source you regularly listen to.”

Put another way, it should be as easy to cue up the music you want in the app of your choice as it is to plunk a record on a turntable, or slip a CD into a transport. The last thing anyone wants when they sit down to listen to music is an error message. Or a system freeze. Or an app that doesn’t make sense. In our house, I like to be able to load an app onto my wife’s smartphone so she can play music when I’m not around. I’ve reviewed many streaming components that meet this standard. But I’ve also reviewed some that generate one WTF? moment after another. That’s why Simplifi’s reviews of streaming components focus so heavily on networking and software. I think we’re unique (or at least unusual) among audio review sites in the emphasis we place on user experience. 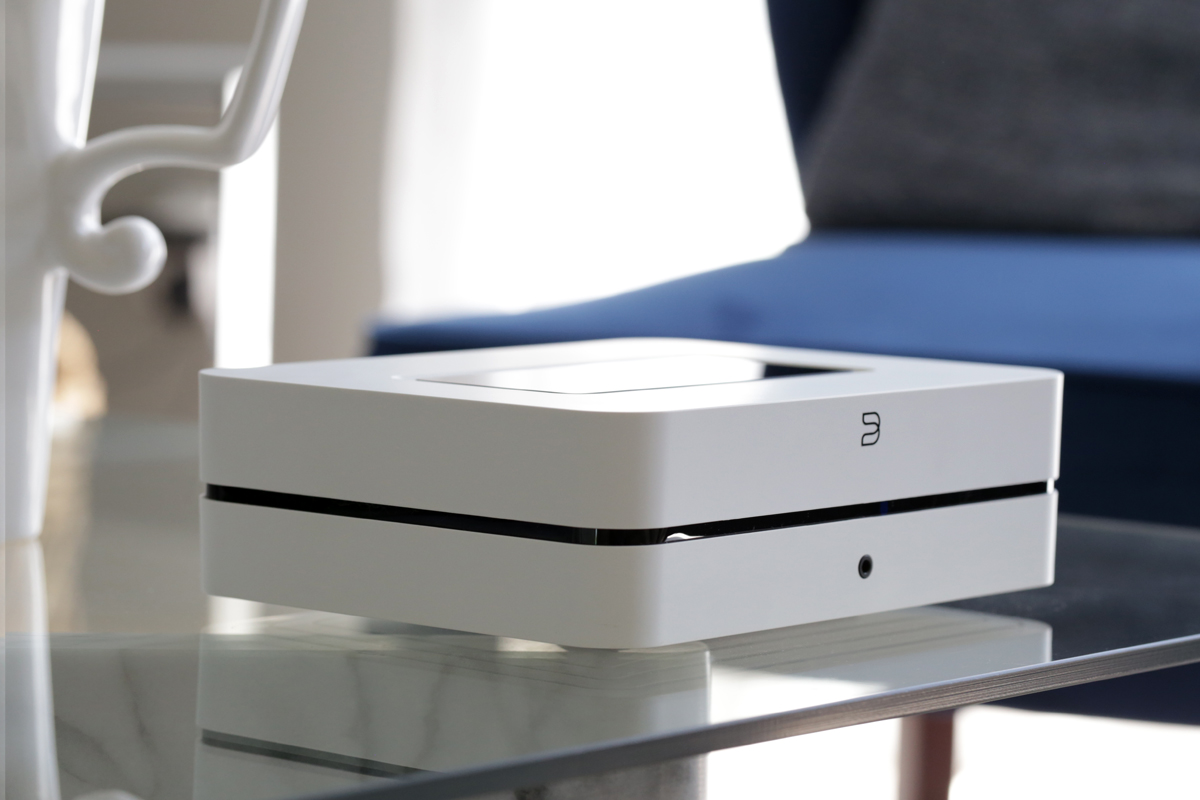 Another expectation that Al Griffin articulated was ease of setup. Noting the huge manuals that come with some products, Al wrote: “If a product’s box contains anything more than a power cable and a note pointing to a control-app download, it’s likely on the wrong track. Setup, meanwhile, must be automated: the product should tell you—via touch, audio, or visual feedback—how it needs to be configured.”

I agree, up to a point. Basic setup of any streaming component should be automated and as easy as possible. People should be able to start playing music soon after unpacking a new component without having to endure hair-pulling frustration.

But I don’t mind some complexity, and I don’t mind manuals—as long as they’re clear and easily accessible. Many of the active speakers and streaming components I’ve reviewed have DSP-enabled features like room-boundary compensation and active room correction. Especially in multipurpose spaces with problematic acoustics, these features can deliver huge sonic dividends, but require some knowledge to implement properly. These features are rarely explained adequately in the quick-start leaflets that accompany most products. That’s why I make it a point to link to online resources like full manuals in my reviews.

And it’s why we run feature articles that describe emerging product categories and software protocols, and explain how to use them. Simplifi’d hi-fi should be simple, even for power users.

So, to repeat Al Griffin’s question, why Simplifi? There are lots of reasons. As the stats from the RIAA and IFPI show, that’s where music is today. Simplifi’d hi-fi isn’t the future of audio. It’s the present. 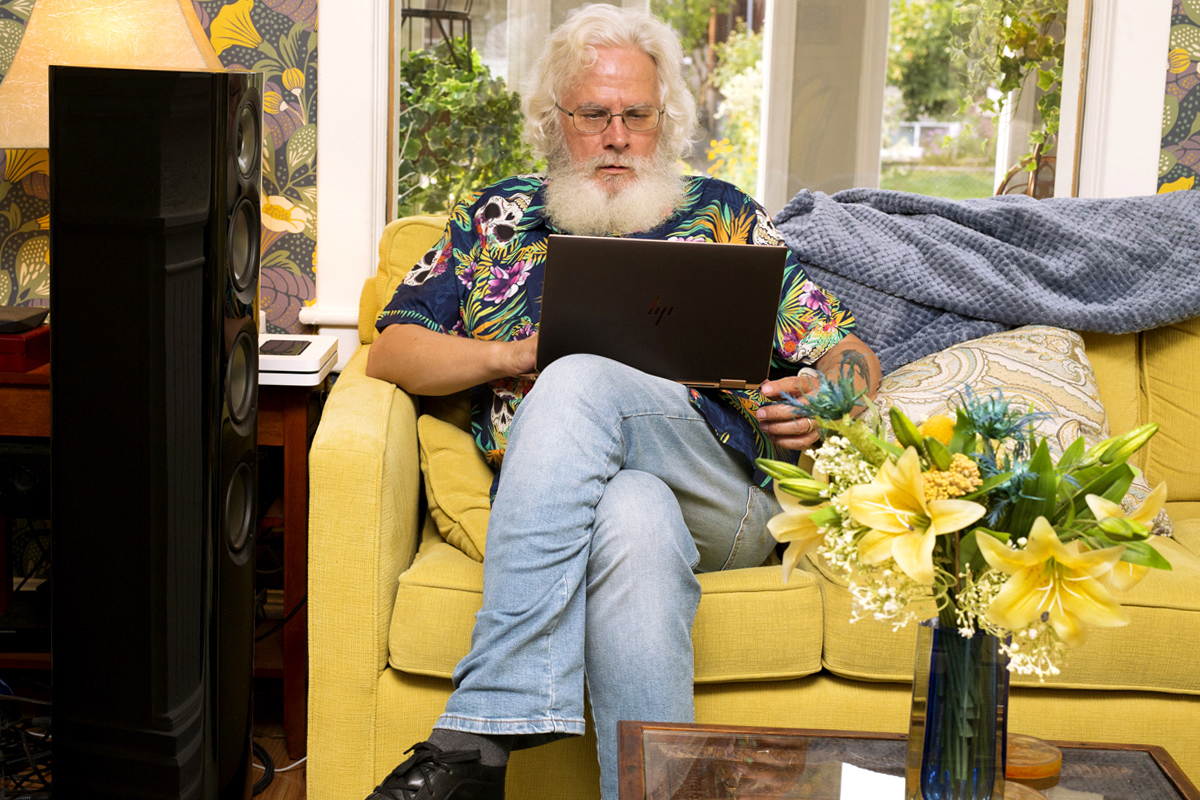 Music shouldn’t be confined to a dedicated listening room, or some other inner sanctum presided over by the household’s high priest of audio. It should be accessible in any room in your home, by any member of your household. The components that provide music for those spaces shouldn’t interfere with the other activities that go on there.

Audio manufacturers are developing innovative products that deliver on this promise, and people need guidance choosing and using them. That’s why Simplifi.